Pianist and composer Pablo Mayor and his band Folklore Urbano Orchestra launches “El Barrio Project-SALSA”, celebrating the legacy of “El Barrio” with the fourth album of the New York group

New York, November 2020.  Composer and pianist Pablo Mayor launches on November 23, El Barrio Project-SALSA, the fourth album of his band, the Folklore Urbano Orchestra, a compendium of twelve original songs in which Pablo presents a portrait of East Harlem (known as El Barrio), the place where one of the most popular genres in the world, salsa, was born.  Pablo Mayor transforms his everyday experience in this iconic neighborhood through a musical collaboration with rediscovered talents including composer Cruz “Chino” Melao, composer and co-executive producer, Nick Chavarría, along with legendary stars like bassist Rubén Rodríguez, prominent musicians of the New York scene such as percussionist Oreste Abrantes, singers Deborah Resto and Jainardo Batista, the traditional group Los Pleneros de la 21 and Beninese singer Laurent Hounsavi. The album will be available on all digital platforms.

For Pablo Mayor, the Colombian musician who has accompanied the legendary bands Orquesta Broadway and Los Pleneros de la 21 for many years, and who celebrates two decades of artistic life in New York, the idea of ​​making an album in homage to East Harlem came after the music conservatory known as Boys Harbor, where he worked as an educator and composer, closed its doors to Latin American music. Having the opportunity to work for 16 years with legendary musicians and students, Pablo was inspired to create songs and sounds that would honor El Barrio.

“I come from Cali, Colombia, a city where salsa music, more than dancing, is an essential part of everyday life, and the sounds that come out of New York City resonate strongly in Colombia. The sound of this album is quintessential New York, with musical lines performed by the best jazz musicians in New York City, and a swing injected by Latino masters like Rubén Rodríguez and Oreste Abrantes. El Barrio Project-SALSA in addition to the sounds, includes cultural aspects of El Barrio.  Latin American, African, and jazz sounds, found in this intersection of cultures, are what I want people to hear and dance with El Barrio Project-SALSA,” says Pablo Mayor about what inspired him to create this new production. 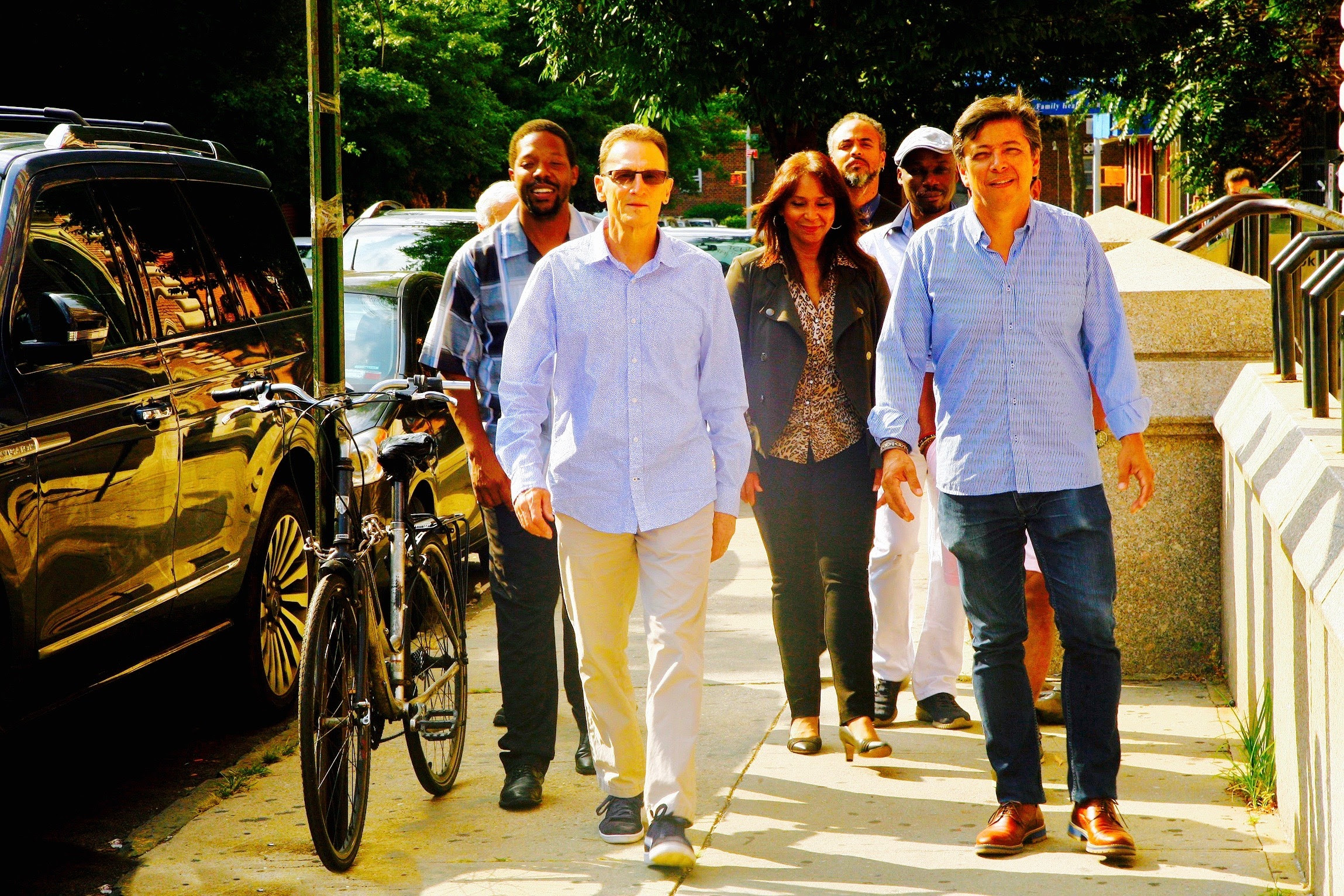 In this new project, Pablo Mayor joins forces with the composer and co-executive producer of the album, Nick Chavarría, and one of the icons of New York salsa, the Nuyorican Cruz “Chino” Melao, among others.  The renowned bassist Rubén Rodríguez was born in El Barrio and continues to channel his experiences and traditions through his music.  A prestigious figure in the New York scene, he has played with artists such as Marc Anthony, Willy Colón, Eddie Palmieri, Tito Puente, Grover Washington Jr., and Roberta Flack.  The singer Laurent Hounsavi, born in Benin and based in Paris, adds a special timbre found in the sounds of West Africa, building a bridge to that Africanism present in many Latin American rhythms and specifically, in salsa music.  Jainardo Batista, originally from Puerto Rico, carries the sound of Cuban son and timba.  He began his career with the popular group Mo’Guajiro and his voice range has provided him with the versatility to interpret in addition to Afro-Cuban rhythms, Puerto Rican Bomba and Plena, and North African music.  Also in the group of vocalists is Deborah Resto, a singer born in New York whose Puerto Rican essence adds the sounds of “Tropical Soul” that has enriched the music she has recorded with artists such as Marc Anthony, Christina Aguilera, and Paul Simon.

“Coming to New York City and living here requires preparation, positivity, hope, faith, and determination. You are meeting the world and the world is meeting you.  People from all levels feel the same anxiety, the same fear, the same emotion,” says Pablo Mayor.  “In these songs, we wanted to transmit the sounds of #GlobalSalsa and make people dance while recognizing the Latin American contribution of El Barrio to New York culture,” continues Pablo Mayor.

The production crosses continents and cultures, mixing sounds from Cuba, Africa, Puerto Rico, Colombia, and New York.  The composers who collaborated on the album, as well as the art and photography that represent the music, all are intimately linked to Spanish Harlem and the Bronx. The repertoire of “El Barrio Project-SALSA” reflects the cultural vitality of the capital of the world and conveys the spirit of the new motto of Folklore Urbano NYC: #GlobalMusicToUnify.)

The album’s lyrics carry a message of resilience, determination, and positivity as it is translated in “Vivo la vida así,” the first track of the album: “If life throws me a curve, I don’t let myself get down.  Challenges inspire me, my journey is an adventure.” Composed by Nick Chavarría, “El sonido de mi corazón”, expresses the feelings of love in an urban way, direct, to the point, very much like New York. “Bonita” is one of the most danceable songs on the album, and with a modern sound, it speaks of the joy of dancing and love. “Mi tambor” comes from Danny Gonzalez who shared his idea with Pablo Mayor during a break from a presentation with the Orquesta Broadway. “Mandjayi O” is a song composed by Laurent Hounsavi and is the direct connection to Benin, to West Africa. “Black is Beautiful” is a composition by Cruz “Chino” Melao that Pablo adapted thinking of Harlem, of 125th Street, a meeting point for Latino and African-American cultures and where people of diverse ethnicities and cultures convene. The song has Afro-American, Latino and New York rhythms mixed with the Beninese rhythm Tchinkoume. 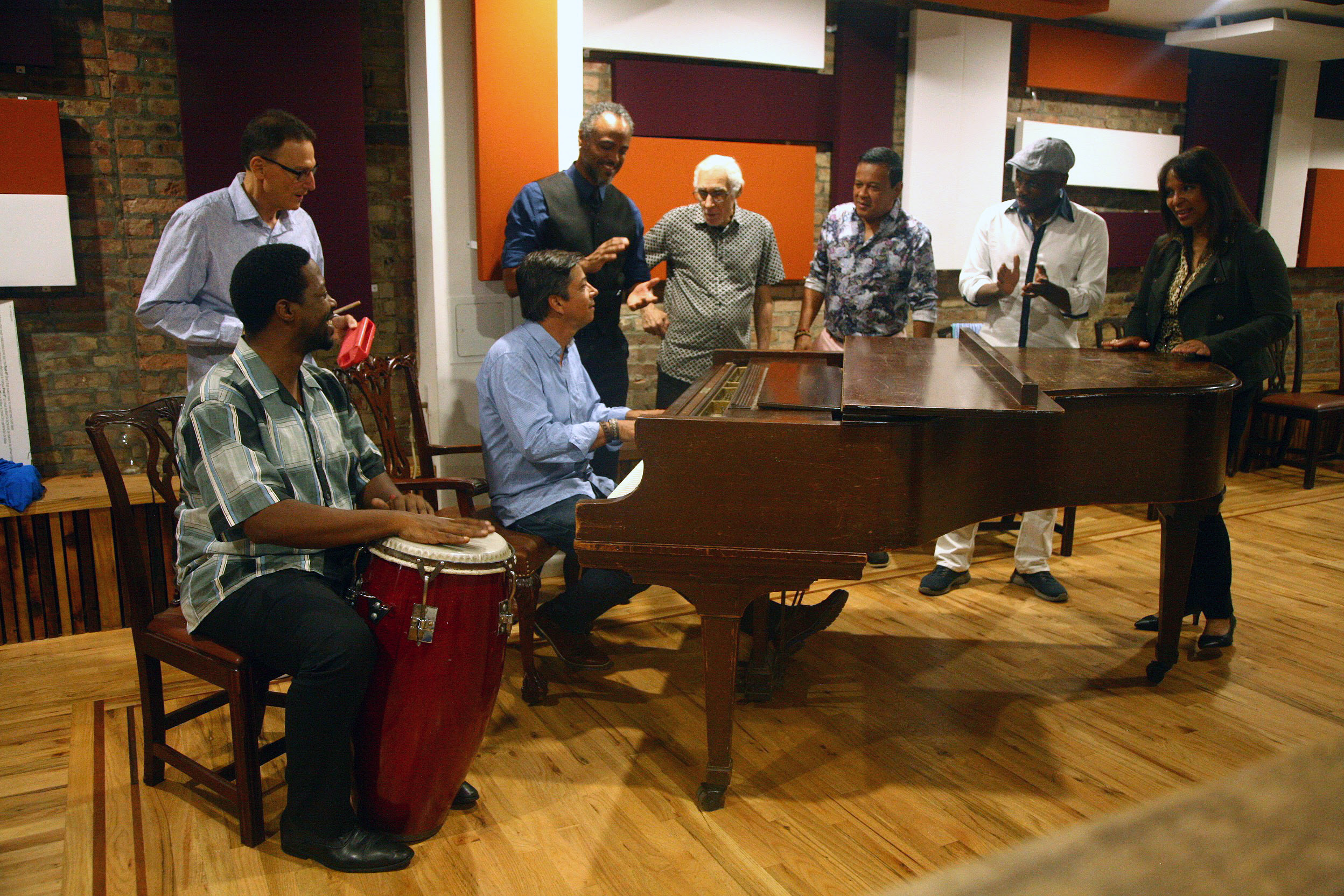 The history of El Barrio from yesterday and today is told in “Imagínate tú” and it has the participation of Los Pleneros de la 21. Colombia’s musical contribution comes from the rhythm of porro in “Que pena da.” Ricardo Gautreau’s “El Baile de New York” tells the story of the development of the dance style that characterizes NY in a fun way. “Con mi gente mejor” was written by Cruz “Chino” Melao and Pablo Mayor and celebrates the city and especially El Barrio. In “Mete mano ahí”, the first song made by Nick and Pablo, reflects the determination and drive with which El Barrio Project-SALSA was made. It is sung by Jainardo Batista and Armando Jiménez, a singer from Cali, Colombia, and one of the special guests of the album.

Navigating this cultural labyrinth that is New York City, Folklore Urbano NYC has since 2000 been producing, uniting, creating, and educating.  Led by Artistic Director Pablo  Mayor, the musical production company has been uplifting and inspiring through its renowned ensembles, grassroots programs including Cumbia for Kids and the music festival Encuentro NYC, Pablo Mayor’s compositional work, a collaboration with iD Studio Theater in the South Bronx, and a partnership with dancer/choreographer Daniel Fetecua.

Notable new works include “Unspoken Tales,” a winner of a 2019 Culpeper Arts and Culture grant, supported by the Rockefeller Brothers Fund, and the release of its fourth album El Barrio Project-SALSA. Folklore Urbano NYC finds continuity in a mission that serves to gather people and artists of all backgrounds, to understand and celebrate cultural origins, and to bring joy through the power of the arts, creating #GlobalMusicToUnify.

Born in Cali, Colombia, Pablo Mayor established his musical production company Folklore Urbano NYC in 2000, shortly upon arriving to New York City, with a mission of #GlobalMusicToUnify. Winner of the 2020 Artist Award from ArtsWestchester, Folklore Urbano NYC Artistic Director, Pablo Mayor is first and foremost a creator.  His compositions and creative concepts forge new territory in the global landscape of contemporary Latin American music as he expresses the nuance of each culture, he encounters through both his compositions and his piano. 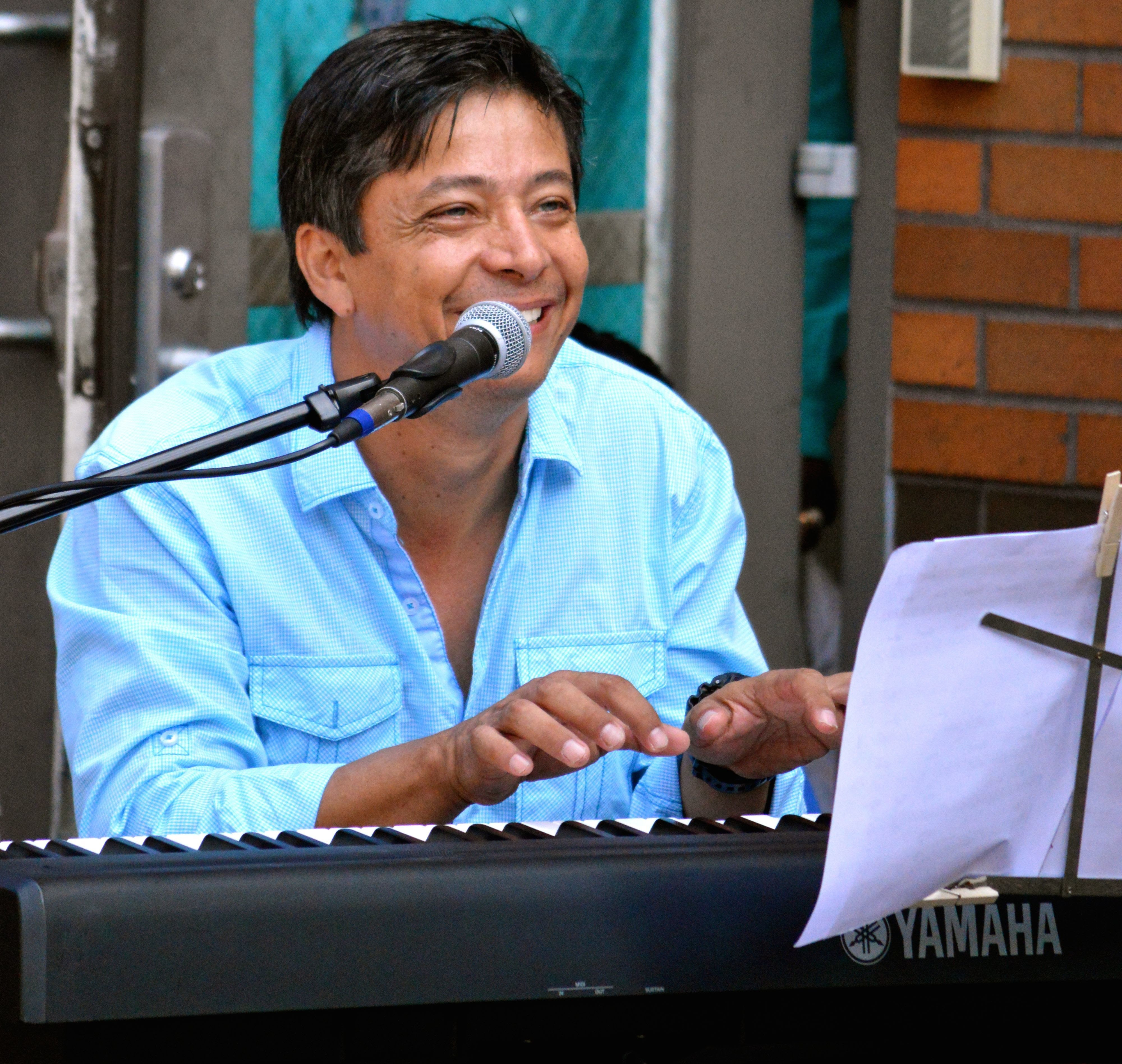 He is the founder and producer of NYC’s Colombian music festival Encuentro NYC spanning over 16 years.  Since 2016, he has been in residence at iD Studio Theater in the South Bronx and continues in his 18th year as a resident composer for the company.  In addition to his own Folklore Urbano ensembles, Pablo is the pianist and the only non-Puerto Rican member of the folkloric Puerto Rican group Los Pleneros de la 21 and was for over 15 years pianist with the legendary Cuban Orquesta Broadway (his arrangements can be heard on their recordings).