Tony Succar, Pablo Gil and RJO continue their ascending path with the release of their latest single and video, Raices Jam.
Succar and Gil deliver a strong statement by making Raices Jam the first track of their debut album. Just listening to the beginning groove hints at Michael jackson’s Shake your Body to the ground riff.  It serves as the common thread between the spirit of Succar’s acclaimed MJ tribute album Unity, and this one, in which he teams up with Gil and RJO to deliver an all-around gem.
This new video also features César Orozco on piano and NYC-based percussionists Bobby Allende on congas and Marc Quinones on bongos. “I have been working with Marc in various productions, and I just knew that Bobby and him would bring this track to a whole new level with their seasoned, soulful playing” Succar says. The track ends with a burning Timbal solo by Succar himself.
Raices Jam was also recently performed by the US army field band’s elite Jazz Ambassadors group, with Gil and Succar as guests artists, and featuring also RJO’s percussionist extraordinaire Roberto Moreno. “Seeing these awesome musicians perform our arrangement and featuring us as soloists on their Youtube Channel was a dream come true,” says Gil. He then adds: “It was also an example of where we are planning to go next: we want to play our music, live or online, in Universities, Colleges and established big bands all over the world.”
The arrangement combines Succar’s ability to write burning riffs and swinging percussive material with Gil’s jazzy lines and powerful orchestration. “When I heard Tony’s ideas I immediately realized the potential they had for a full-blown big band arrangement, and in a matter of hours I had already added horn and saxophone lines around the main theme,” says Gil.
https://www.youtube.com/watch?v=f-N0X1Jq0iE&feature=youtu.be
Succar recently signed a publishing deal with Warner Chappell Music, as mentioned by Billboard magazine, so this track is part of that deal which catapults Succar and RJO to a higher recognition and distribution of their work. “I am thrilled to be in the Warner Chappell family, and thankful to Billboard magazine for their story”. The sky’s the limit for this powerful outfit. 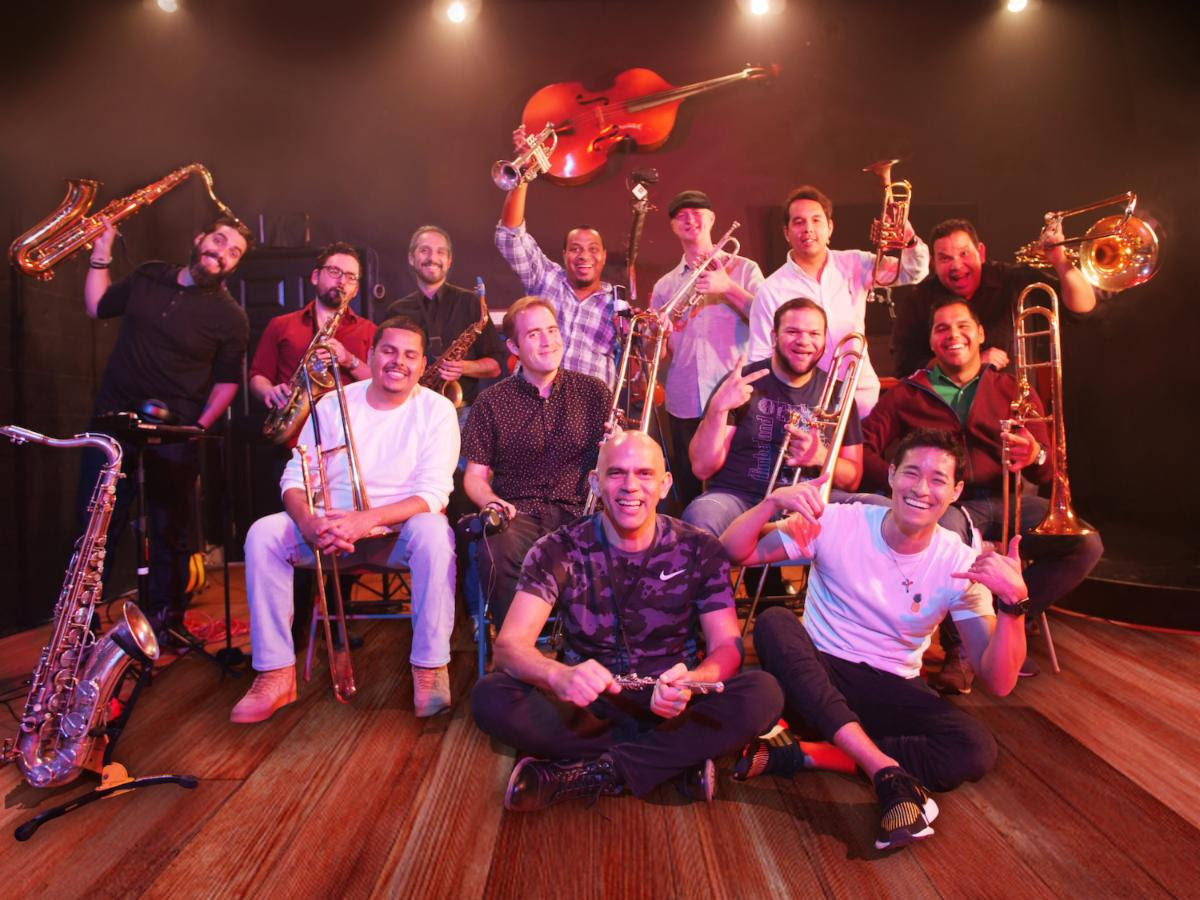